I developed WordSearch Rush for iOS (iPhone and iPad). The player is given a topic and must find words associated with that topic within a time limit. 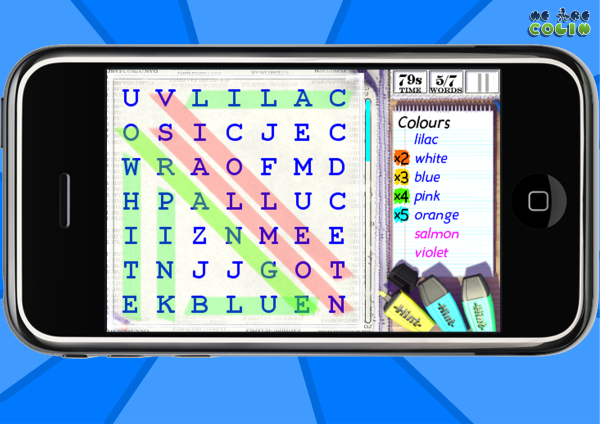 Due to the games success, we later introduced add-on packs for foreign languages. These could be purchased via In-App purchases.